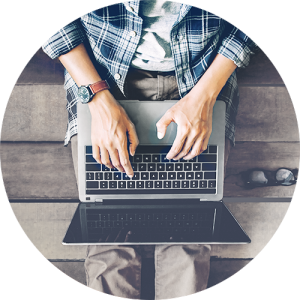 From time to time, independent users and product testers will report on their experiences with Sortimo products and services in this blog to provide you with direct insight from their everyday working practice.

My Name is Jonas Wellendorf, I’m 18 years old and I did my Abitur last year. I use the Sortimo BOXXes in my private workshop.

The latest generation of L-BOXXes from Sortimo impresses with its new, modern design. Both the handles and locks have been revamped. The handle on the lid is now narrower than with the previous version, but it’s still large enough to carry the BOXX with one hand.

The side handle no longer has grooves for your fingers when carrying it, something that doesn’t, however, make the BOXX inferior to previous models.

The new locks also make a positive impression. They are stronger and more stable than the old ones, so guaranteeing the BOXX is always closed securely. There’s virtually no risk of the locks snapping off any more. Anti-theft holes have been moved from the side on earlier models to the side of the locks, making securing easier here. This allows several BOXXes to be joined together in one stack.

The click catches used to connect the BOXXes for transporting them have also been improved. It’s now easier to join the BOXXes than was the case with earlier models. The “old” L-BOXXes can of course still be connected to the new-generation ones without any difficulty. Side access via the click mechanism has also been made deeper. and the BOXX is now easier to pick up. This unfortunately wasn’t so user-friendly on the previous version, as the handle recesses were smaller.

Both the old and the new models of the L-BOXX 136 G4 can be joined together to form a tower but the BOXX can still be opened, as the connecting elements are no longer on the side but attached to the lid. This lets you take tools, materials, etc. out of the BOXXes without removing all the cases on top.

Moving the connections to the lid instead of on the side of the BOXX as before has made them far narrower, thus creating more space inside, as the outer dimensions have remained the same. But this unfortunately means you can’t use tool tray inserts from the old version, as the bigger handle recesses are in the way here. The new inserts nevertheless make optimum use of the space available.

The lid features the tried and tested honeycomb structure, ensuring great stability – according to Sortimo up to 100 kg. This means you can also sit on the BOXX or use it as a little step. This has already been tried out at Holzmanufakturjp, with the lid successfully withstanding a body weight of 80 kg.

The new L-BOXX G4 is particularly suitable for storing small components with the appropriate tray inserts. I use the BOXX both in my workshop and on site.

The small component trays are suitable for storing different installation materials such as plugs, screws, cable ties and hand tools such as pliers and air wedges. Flexible arrangement of the partitions in the smaller storage boxes (Insetboxes) is also convenient for small quantities/parts such as wooden dowels. This flexibility additionally lets you carry lots of screws for example in the larger Insetboxes.

You can store tools in the long side compartments. The foam lid insert also stops parts from falling out due to jolting or jarring when on the road. This is additionally ensured by the structure of the floor, which keeps the bottom of the Insetboxes in place with little feet to prevent them slipping.

I can sum up by saying that numerous improvements have been made to the new generation of L-BOXXes. Both in terms of design and functionality. Another benefit is that they can still be combined with the old-style BOXXes. The fact that the earlier tool tray inlays no longer fit in the new L-BOXXes is a minor shortcoming here.

One “click” – endless possibilities for your mobile working day!

My user report for the Sortimo WorkMo

mySortimo – Overview of the features and services of the platform

Our Product and service innovations 2020

Customizable, practical, tidy – discover the greatest advantages of the new sContainer, the flexible companion for trade and service

From the real world – three examples for mySortimo inlay

due to maintenance work, the mySortimo platform is currently not fully available and therefore the menu cannot be used. In the meantime, you will find insights and information about our product range in the mySortimo blog categories.