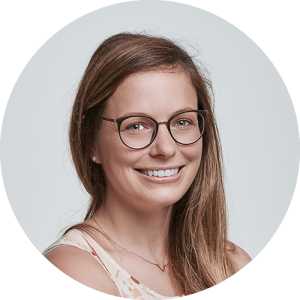 It is well known that vehicle decals are a very effective means of making a company and its range of services known to a larger audience. Who does not know it: The numerous, colorfully decorated transporters of the handicraft and service companies that we encounter every day in road traffic. If you still remember one at home, this is a good sign that the decals should have served its purpose.

While advertisements in newspapers and flyers often disappear unseen in the waste paper, well-made vehicle decals can be an inexpensive and sustainable advertising and marketing measure that generate sustained attention and create recognition value for the company. Craftsmen and service technicians have the opportunity to reach a large number of potential (new) customers over a long period of time with a manageable financial outlay.

When founding the company, Michael Regler, CEO of Regler Ltd., was also faced with the question of how to make his company known to a wide range of customers in a relatively short time and effectively, without having to spend large amounts of money. The most obvious solution for him was therefore a striking and catchy decal on his company vehicle.

Since Michael is used to taking matters into his own hands, he decided to create his new decals himself. After a short online research on the various options, he came across the Sortimo decals configurator – mySortimo graphis.

After entering his vehicle-specific data such as model, wheelbase, color, etc., he decided to start mySortimo graphics individually and selected the design template that suited him, which he added to his personal information.

Although Michael is not a graphic designer, he did not have any problems using the configurator, because it guided him step by step to his result. The vehicle-specific editing areas support him in the optimal placement of the company logo and company information.

After a final check of the four vehicle sides, it was only a click to order the decals and specify a desired date and location for the foiling of his vehicle.

Thanks to the free Sortimo Pro Datacheck, Michael could be sure that everything really fits. After receipt of the order, each decal is checked again by an expert for the quality of the uploaded data and safety distances for vehicle parts that cannot be glued – so nothing can really go wrong. 😉

On the one hand, Michael Regler sees the great advantage in mySortimo graphics in the permanent availability of the online configurator. He was able to create his vehicle decals around the clock and on weekends without having to orientate himself on opening times and business hours. He also had the option of temporarily storing his draft in his personal account in order to continue or finish the design at a later time. This saved him valuable time because he could then start the configuration when he had the necessary time. On the other hand, he saw a clear advantage of the configurator in the dynamic price calculation. This allowed him to adapt the design to his set budget and always had a clear view of the real costs.

Michael had arranged the date for the foiling of his vehicle for the following week at Sortimo in Zusmarshausen. There the decal was expertly attached to the vehicle by an employee.

The same day, Michael was able to pick up his vehicle again. A little proud of his newly glued vehicle, he was able to go straight to the next customer.

The big advantage of vehicle decals is that I can advertise myself and my company at any time. With mySortimo graphics, I was able to design them myself and also try out different things before I ordered the stickers. In addition, my template is stored in my account on the Sortimo platform so that I can reorder it for new company vehicles at any time.

The configuration he created is permanently saved in his personal account on the mySortimo platform. When purchasing new vehicles, Michael has the opportunity to reorder the decals quickly and easily with just one click from Sortimo.

Would you also like to independently create your new vehicle decals such as Michael Regler using the online configurator mySortimo graphics? Then give it a try!

My experiences with the van racking configurator

SR5 impresses – and not just with its innovative design

Your page. Your products. Your services. Everything included!